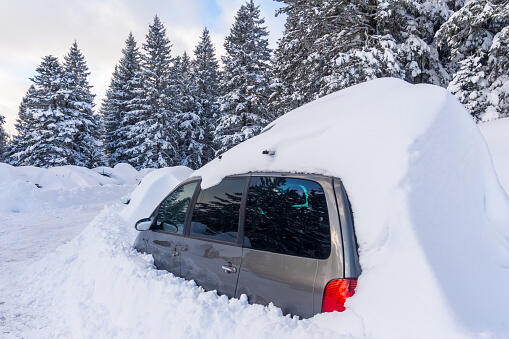 Well, it appears that forecasters got this one right! They predicted something huge was coming our way with snow totals between 1 to 2 feet. According to the Coloradoan, there are snow accumulations between 14 to 16 inches already in Northern Colorado, and as of this writing, the snow is still falling. The National Weather Service is predicting another 4 inches for Fort Collins today.

Here are some totals we have heard so far:

With what we have now and what we could get today, where does this storm rank with the "big ones" of the past?

It's not often we talk about higher accumulations than Denver, but that seems the case for now. At last report (5am this morning), DIA has received about 7 inches thus far. With that, about 463 flights have been canceled. Pena Blvd is snow packed and no doubt a mess.

When will it stop? Here's the latest from the National Weather Service:

...WINTER STORM WARNING REMAINS IN EFFECT UNTIL 2 PM MST THIS

Winds gusting as high as 25 mph.

* IMPACTS...Travel will be very difficult to impossible today.

Road closures and impassable side streets and rural roads are

likely. Conditions will begin to improve this afternoon.