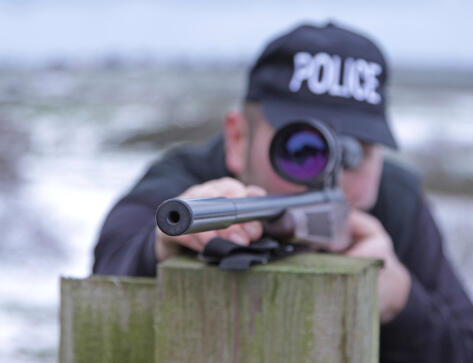 In June of 2015, a shoplifting suspect picked a random house in Greenwood Village near Denver to barricade himself in as a SWAT team surrounded him and blasted the house with gunfire and other projectiles. The homeowner, Leo Lech was not there. Neither was his renter, who is also his son. The only person in the home was the suspect the SWAT team was gunning for.

According to the Washington Post, law enforcement pounded the home with 40-millimeter rounds, drove an armored vehicle through the doors, tossed flash-bang grenades and blew up walls with explosives. While the suspect was eventually caught, the home was torn up so bad that it was eventually condemned by the City of Greenwood Village. It left Leo's son and family without a home and reduced his house, once valued at $580-thousand dollars, to an unlivable structure. According to the Denver Post, Lech did get $345-thousand from his home insurance company, but Lech's attorney told the Post that amount did not come close to compensating him for personal property damage and the demolishing and rebuilding of the home. So, Lech went to court looking to get more. He lost.

The Washington Post reports that Leo lost his case this week as the U.S. Court of Appeals for the 10th Circuit ruled unanimously that the city is not required to compensate the family because it was destroyed while trying to enforce the law. While the court did admit that seems "unfair", they determined that when police have to protect the public, they can't be "burdened with the condition" of having to compensate whomever and whatever is damaged in the course of their actions. Another way of putting it, Leo's home was just in the wrong place at the wrong time.

He's not done. He is planning to take this to the Supreme Court.