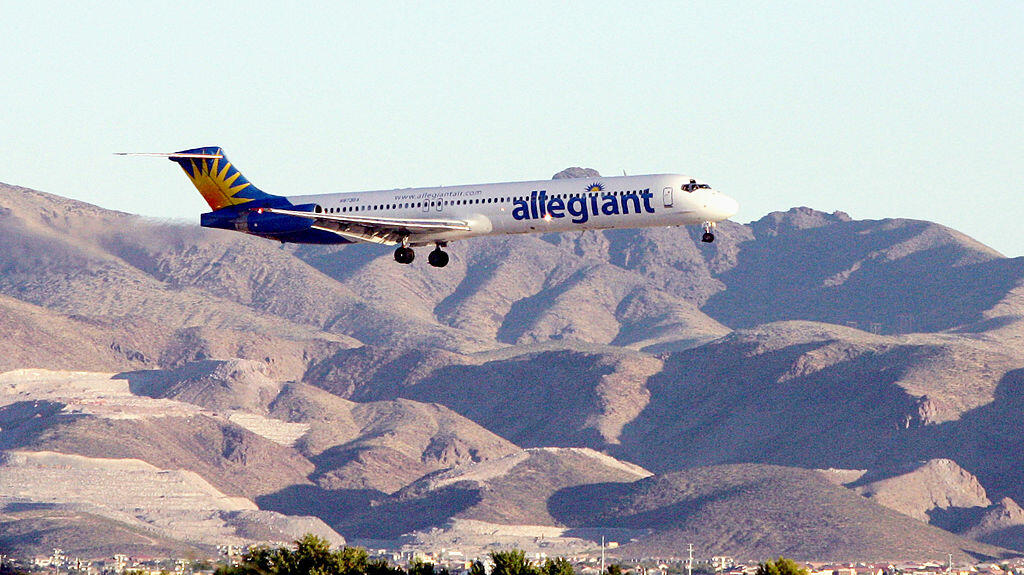 Maybe you'be been in a relationship like this: the partner up and leaves with no explanation, then returns later promising a new start and a resumption of that great relationship, only to bail again.....but this time it's a "It's not me, it's you."

Allegiant announced today that they have canceled their glorious return to the Northern Colorado Regional Airport due to "the absence of a planned air traffic control tower." In a press release, Allegiant's vice president Tyler Hollingsworth said the following, "Having an air control tower on property, staffed with FAA-certified controllers, was essential to our decision to schedule service at Fort Collins."

As we all know, we've never had a tower and therefore no FAA-certified controllers at the Northern Colorado Regional Airport (FNL) and there have never been plans to build a physical tower on site. What they do have at FNL is the world's first "virtual tower", which is basically numerous camera's around the airport with multiple screens at a location near Longmont that has someone with the proper creds monitoring the air. It's called the "Remote Tower Project" and it was not only ground-breaking, but it was a hopeful boot to the door to open up the possibility of commercial air travel from Northern Colorado. For me personally, it was a hope and a prayer that I could again have my non-stop flights to Las Vegas. Oh, VIVA! Just like doubling down on the bonus because I'm sure I got a sure thing, the dealer whips out a higher hand and my hopes and prayers are pulled off the table.

The flights were scheduled to begin November 21st. If you did book a flight to Viva or Phoenix, you will be getting a refund. Check your email.

Meanwhile, I guess it's back to a bottle of Jack and playing my Pai Gow app again.

Refunds Will Be Issued to All Ticketed Customers for Planned Las Vegas, Phoenix-Mesa Flights

LAS VEGAS.October 21, 2019 -- Allegiant Travel Company (NASDAQ: ALGT) today announced it has canceled anticipated service at Northern Colorado Regional Airport in Fort Collins in the absence of a planned air traffic control tower. The Las Vegas-based company had been given assurances that a tower would be in place prior to their scheduled start of service.

“Having an air traffic control tower on property, staffed with FAA-certified controllers, was essential to our decision to schedule service at Fort Collins,” said Tyler Hollingsworth, Allegiant’s vice president, safety and security. “We were deeply frustrated to learn that promise would not be fulfilled, leaving us with no responsible choice but to cancel service at this time. Most of all, we regret disappointing our customers who looked forward to flying with us on these routes, and ask for their understanding.”

Allegiant’s announced service from Fort Collins to Las Vegas McCarran International Airport and Phoenix-Mesa Gateway Airport was scheduled to begin on November 21. Customers booked for these flights will be notified of the cancelation by email, and will receive a full refund to their original form of purchase.

Las Vegas-based Allegiant (NASDAQ: ALGT) is an integrated travel company with an airline at its heart, focused on connecting customers with premier leisure experiences - from vacations to hometown family entertainment. Since 1999, Allegiant Air has linked travelers in small-to-medium cities to world-class vacation destinations with all-nonstop flights and industry-low average fares. Today, Allegiant serves more than 450 routes across the country, with base airfares less than half the cost of the average domestic roundtrip ticket. Allegiant’s Sunseeker Resorts subsidiary is currently under construction with its inaugural resort property, Sunseeker Resort Charlotte Harbor in Southwest Florida - a unique waterside integrated resort like no other. And a growing group of Allegiant Nonstop family entertainment centers offer state-of-the art indoor games and attractions to thrill seekers of all ages. For more information, visit us at Allegiant.com. Media information, including photos, is available at http://gofly.us/iiFa303wrtF