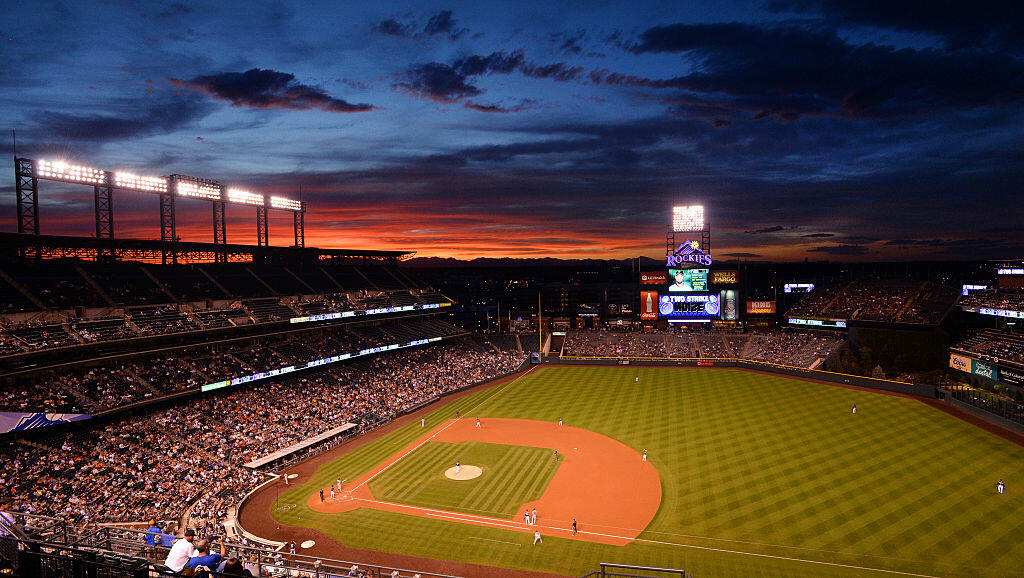 Could you share your baseball team with another city? Wait! I know your answer: NOPE! NADA!. NO WAY!..... and add the expletive of your choice. No fears here. This idea is not under consideration for the Rockies, but is is indeed an idea being tossed about in Tampa Bay.

According to ESPN, the Tampa Bay Rays have been given permission to explore a plan that would have them play their early season games in Tampa, then the remaining games in Montreal. As a baseball traditionalist, I am shuttering at the very idea. But, the more you read into the idea....well...it kind of makes sense. We begin with Tampa's attendance. They average 14,545 folks per game which is second worst in baseball. (Miami has the worst attendance with about 9-thousand per game). I have been to a Rays game before and I can tell you that it's the perfect "home away from home" experience for any visiting team. There are as many if not more (depending on who they're playing) visiting jersey's and gear in the crowd than the home team. Also, Tropicana Field is a dump compared to the rest of baseball. It's like a big gymnasium. They are a small market team trying to compete in a division that is home to some of the highest payrolls in baseball, like Boston and New York (#1 and #2, respectively). Tampa would love to get a new stadium built, but they have run into a couple of roadblocks in finding the right property at the right cost. Also with revenue as low as it is...you see where this is going.

Montreal had the Expos, but lost them to Washington (now the Senators) in 2005 and have shown a strong desire to have baseball back. They have the desire and apparently the money to invest in a new stadium in Montreal that will then help Tampa get their new stadium. This is all very weird, but not unprecedented. According to ESPN, the Expos played 22 "home" games in Puerto Rico in 2003 and the Kings (NBA) had two homes in the 1970's, splitting time between Kansas City, Missouri and Omaha, Nebraska.

I do feel bad for the Rays fans. Despite the revenue, the attendance, the division they play in, and the venue they play in, they haven't really been the worst team in baseball. As of this writing, they are only 3.5 games behind the Yankees and 3 games ahead of the Red Sox. Again worth nothing, they are sandwiched between the two highest payrolls in all of baseball. They are now trying to keep the organization afloat and at least a portion of it in Tampa. Even still, I'm an "all or nothing" kind of fan.